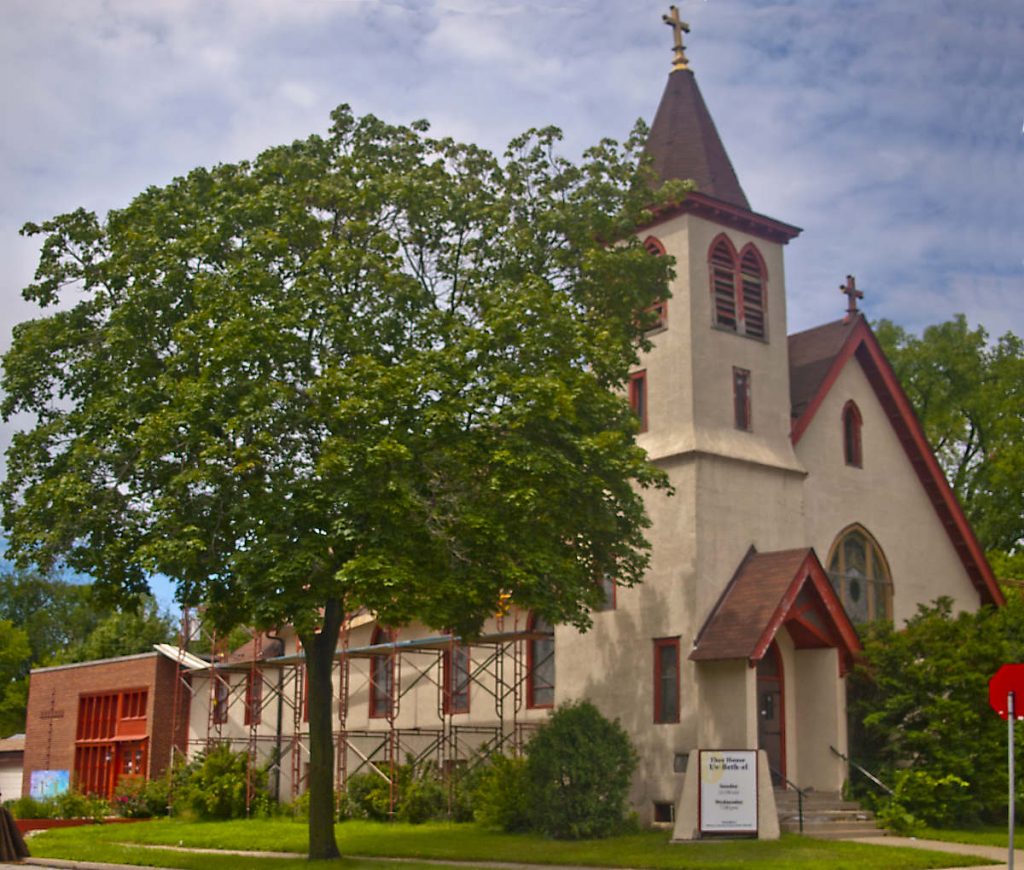 This church building was originally constructed at 3152 41st Avenue South in 1909 for the English Evangelical Lutheran Church, which had split from its parent congregation over the use of English in the service. This may have been the congregation that is now is Holy Trinity Lutheran, which split from St. Peder’s, a Danish-speaking church, over younger members’ wish to have Sunday Service and Sunday School in English, in 1904. A classroom addition was built in 1956, and the address changed to 4016 East 32nd Street, when many neighborhood churches expanded or built new buildings. The building has been occupied since 1993 by its current congregation, first known as Shower of Blessings and now as Thee House Uv Beth-El. This 110-year-old building has been getting a facelift and new roof as the scaffolding attests.