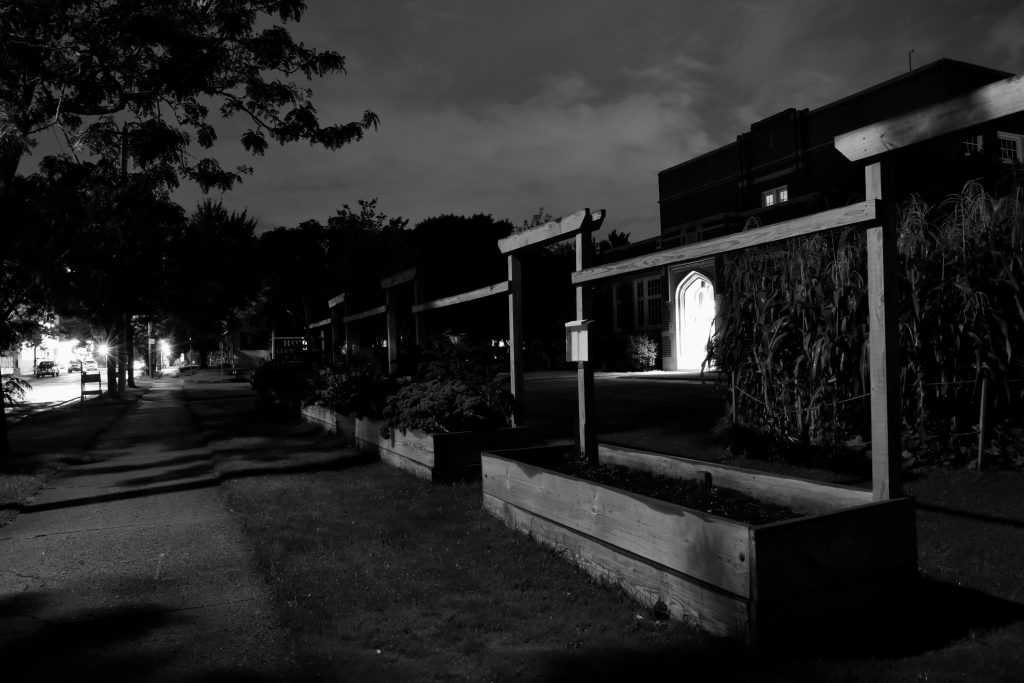 Howe Elementary School was built in 1927 and opened October 24 of that same year. It was designed by the Minneapolis Bureau of Buildings which was, at the time, was headed by engineer Edward H. Enger. The Bureau designed and contracted all new schools and additions [in the area] until about 1934.
The school, along with the Howe Neighborhood, was named after Julia Ward Howe, a poet and social activist from New York. It was closed in 2005 and re-opened in 2013 after a year-long renovation project. Originally serving grades K through 6, the school now serves grades 3 through 5. Since 2014 it has hosted a garden that serves as an “interactive outdoor classroom, that is managed by parents, and used by teachers and students for academic enrichment and social development. Parents, school staff, and community members can volunteer for one-time events, summer care, or join the Garden Team.”
Photo: Ashley Yellick