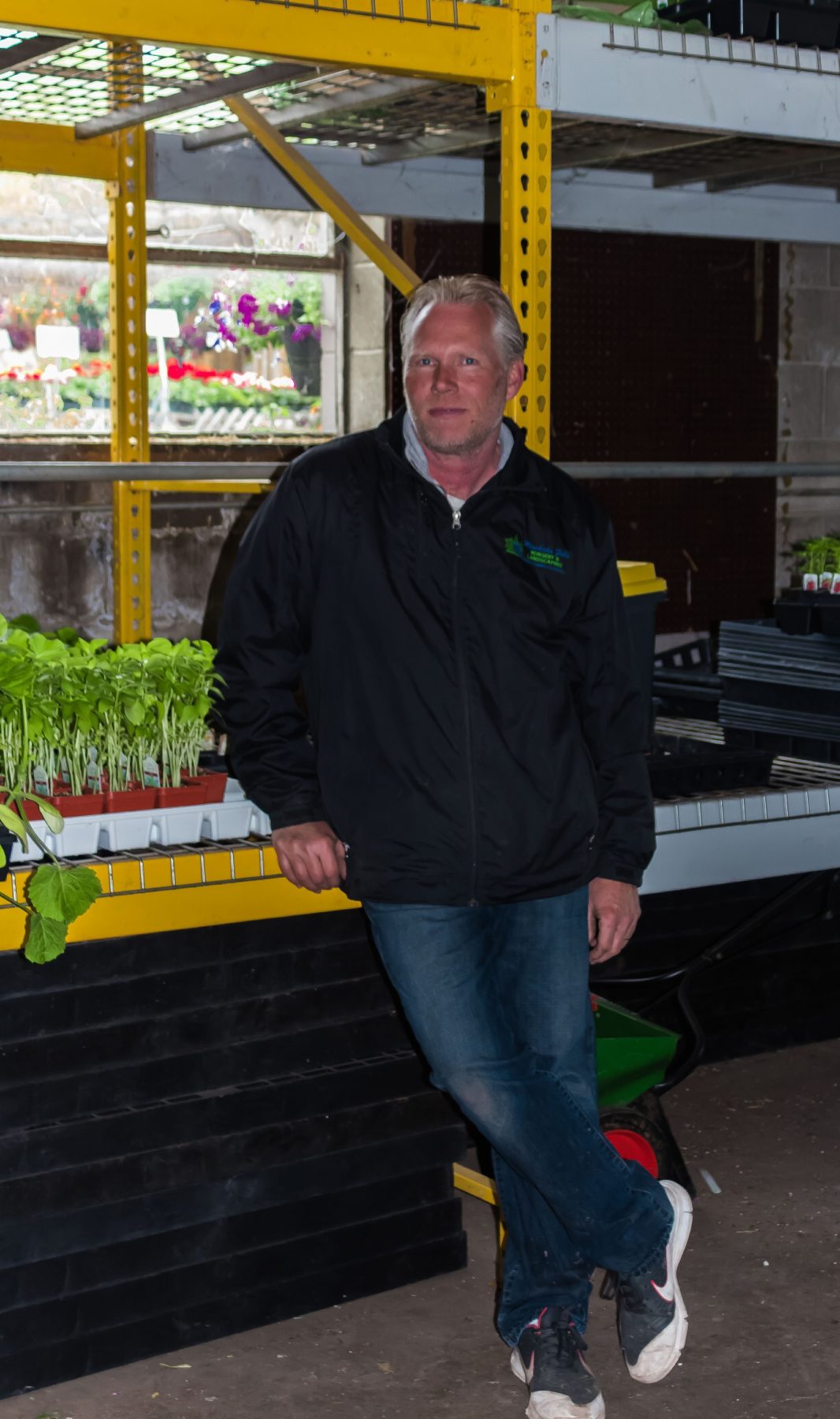 Bob Lindgren is the owner of Minnehaha Falls Nursery, along with his wife, Jennifer. The original owner was, Bob Lindgren, Sr. The building was a grocery store and a nursery before the Lindgren’s purchased the property. The family owned the nursery business since 1957 but moved into this location in 1967. The whole family lived in the house (physically attached to the store) for many years until early/mid 70s when the family moved out.  Initially the house was a rental but soon became a part of the business as the offices.  In 2001, Bob and Jennifer bought both the nursery and landscaping businesses.  Last fall the landscaping business was sold, with apparent relief from Bob who acknowledges that after all he has a wife, and kids (all doing their own great things) and there was the snow removal… Bob and Jennifer have three boys, all hockey players (following in Dad’s footsteps), two of which are pro.  Bob and Jennifer moved back to the area after years in Lakeville – now living in Nokomis.

Right now, it’s a busy time at the nursery with deliveries as many as three a day.  I caught Bob just after helping unload a delivery taking him three hours.  By late June, this will all quiet down to perhaps a delivery a day – at which time, annuals will be done, shrubs and trees will be of more interest, and the live plants will be combined up on the top level of the yard.  When the growing season is over, the nursery stays open for the array of nick-nacky lovelies for the planter in your life.  Fall evolves into firewood and that remains for the colder seasons​, until the holidays bring trees and wreaths, and preparation for the new year!

Bob and Jennifer updated the store over the past winter with design and color.  The colors are rich and enhance the wood décor. The resident cats are there and the store is open to dogs and their owners.  Oh, and it’s Mother’s Day on Sunday…and they have hanging plants!