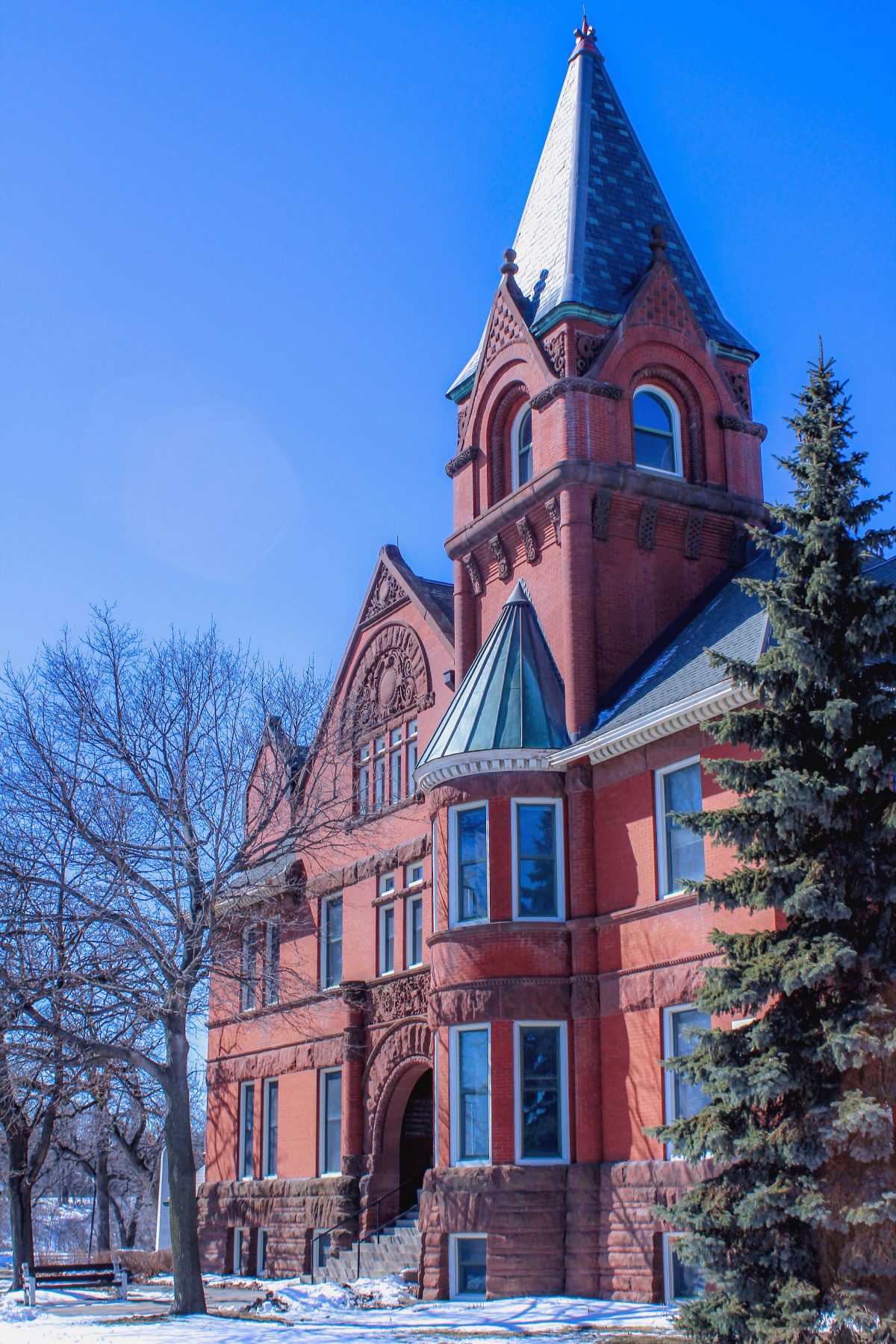 This beauty can only be seen from the Ford Bridge upon return from a trip across the river. Truthfully, I’d never noticed it before. This is the Administration Building #10 of the Veterans Home property, formerly referred to as Minnesota’s Soldiers’ Home. This is not the only beauty! I had a difficult time choosing and realized again: Here’s another treasure trove of history and sights right in my backyard!

This building is considered the most elaborate of the Richardsonian Romanesque buildings on the campus. Built in 1893, it’s a two-story, red sandstone building with a raised basement also of red sandstone. It faces east and the river. It is dominated by an ornate, four-story brick tower and a pyramidal roof. It has a two-story, round bay window with gargoyles and finials. It has carved panels of tracery that show figures of a cannon, admiral’s hat and a peg leg. A large (north and south sides) stained glass window on the second floor, shows an ‘M’ and can be seen from the parking area. This building has been used as offices, a library and reading room, chapel, the commandant’s residence and storage in the basement. Currently it is called: Building 10, Minnesota Department of Veterans Affairs Central Administration. The campus as well as the bridge is listed on the National Register of Historic Places.

The campus was approved by the legislature in 1886 (property donated by the City) and construction began a year later. Architect Warren B Dunnell was responsible for buildings from 1888-1892 – including this one. The landscape is the plan of Horace W. S. Cleveland (you will recognize the last name) who intended the area to be ‘pastoral’, with an appearance of rolling prairies, while maintaining the mature wood and shrubbery (which remain today), having a sense of a retreat for the veterans for which “…beauty, healthfulness and convenience of situation, picturesqueness of view…” was primary. Cleveland is also responsible for the idea of parkways, especially Minnehaha Parkway to the lakes and Grand Rounds.