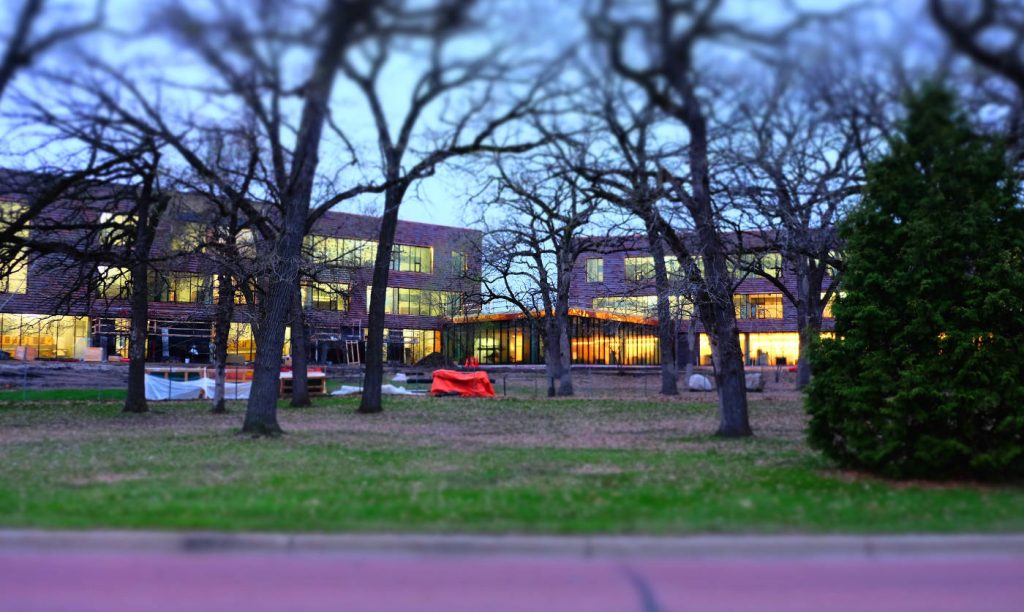 Construction seems to be rolling along at the Minnehaha Academy Upper School. I’ve enjoyed how lit up it looks at night, especially before the leaves fill in. Students return to campus this fall, after the August 2017 explosion. A memorial garden is planned where the two large boulders are placed (pictured) in honor of the two people lost in the tragedy: Ruth Berg and John Carlson.