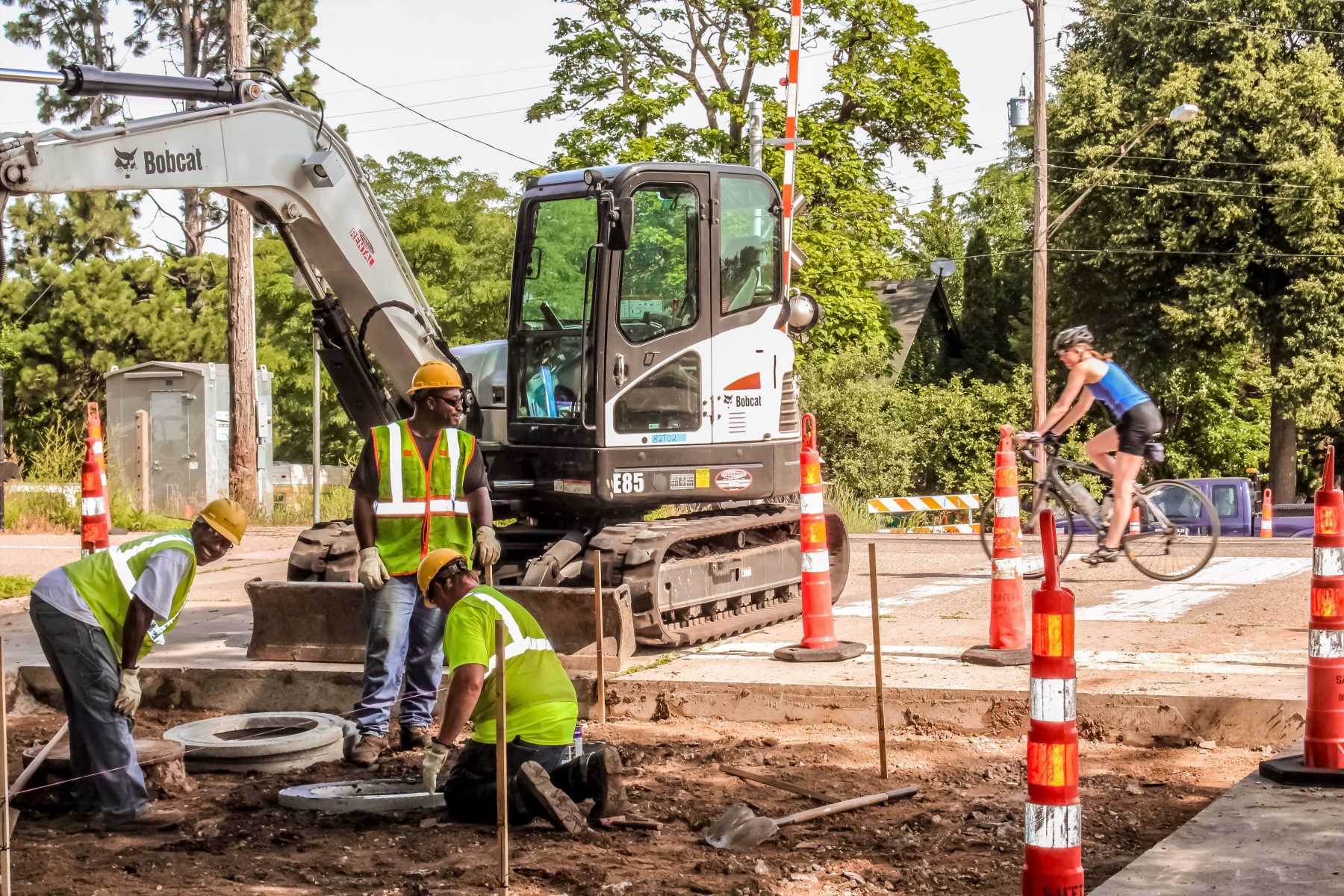 A few weeks ago I complained about how hot it was; this morning at 10AM, it was fast approaching 90 degrees and humidity exceeding 74 degrees.  It was gross (still is!).

These guys.  There they were, working to put in a bump or a diversion or some such thing in the road.  For years there’s been barricades up to prevent cars from driving over the Greenway at 31st Avenue South.  They’re nasty-looking with graffiti, and listen, it just doesn’t look good in a neighborhood. The bump, similar to a speed bump will, at its peak, be 7 inches high.  There will be another on the other side.   As the nice guy was telling me what they were doing, I kept saying, “But aren’t you hot?” Sure but what are you gonna do? So these guys stay in the shade for now, take some breaks, drink a lot of water and get the job done!