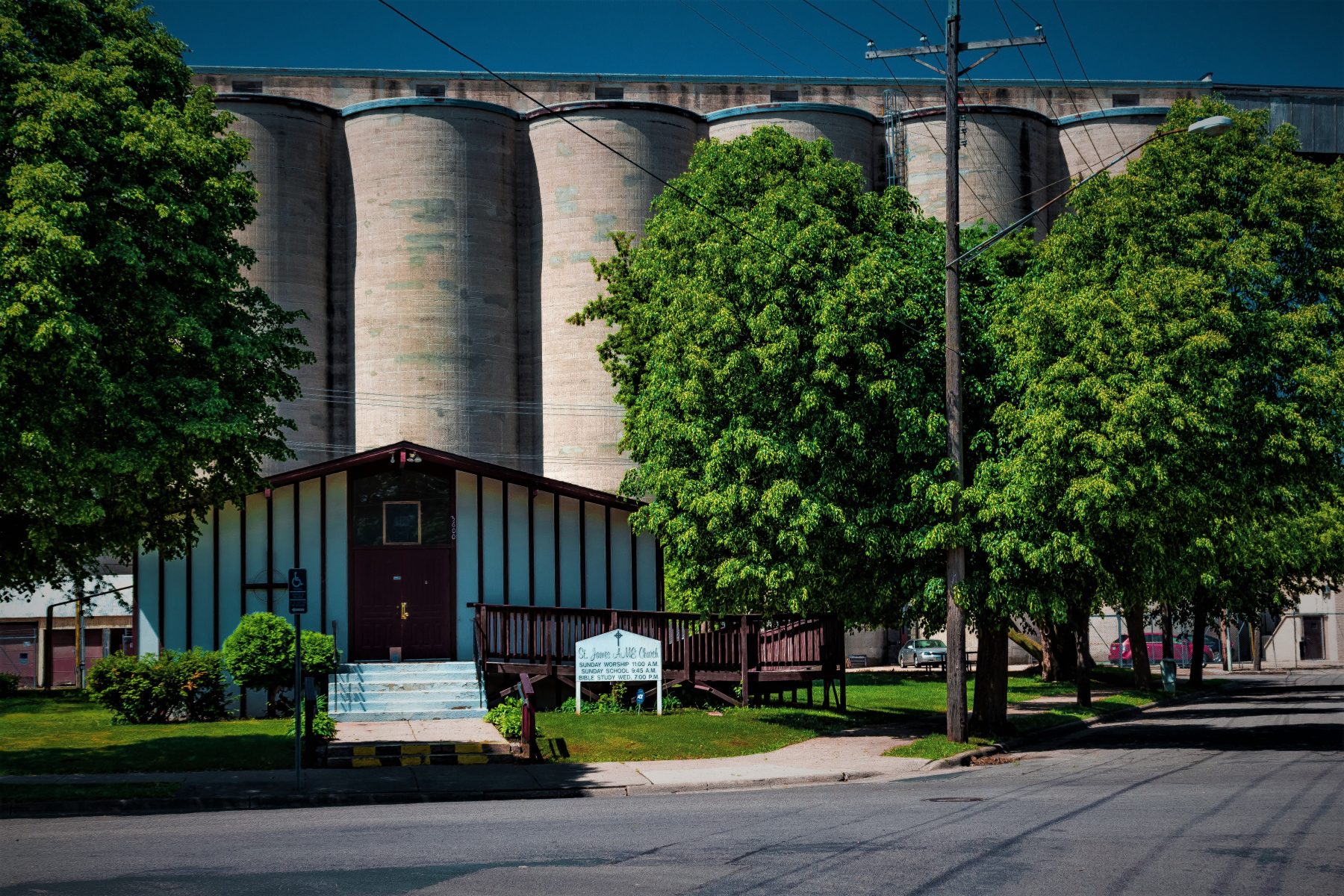 The St. James AME Church received Historic Landmark designation based on the congregation history as well as the building.   St. James is the first African American congregation in Minneapolis and Minnesota originating in 1863.  The congregation developed from an in-home prayer group.

The building is a one-story, stucco-clad, wood frame vernacular church with mid-century influences.  It was built sixty years ago after the congregation had twelve other locations.  The current name is St James African Methodist Episcopal Church; the historic name is : First African Methodist Church.  The present location was built on this site for this community.  They have remained in this location the longest.

The consideration for this designation was certainly the structure which has retained the integrity of workmanship present in mid-century and post-World War II churches.  However special consideration was given for the “…significant events or with periods that exemplify broad patterns of cultural, political, economic, or social history.” This significance is that of being the first African American congregation in Minnesota and Minneapolis.  This appears to have been the determining factor for this designation.

St. James church is framed by the wonderful elevators and railroad cars and tracks that were in place when the church was built and more than likely employed many of its early congregants, just as it was sixty years ago.