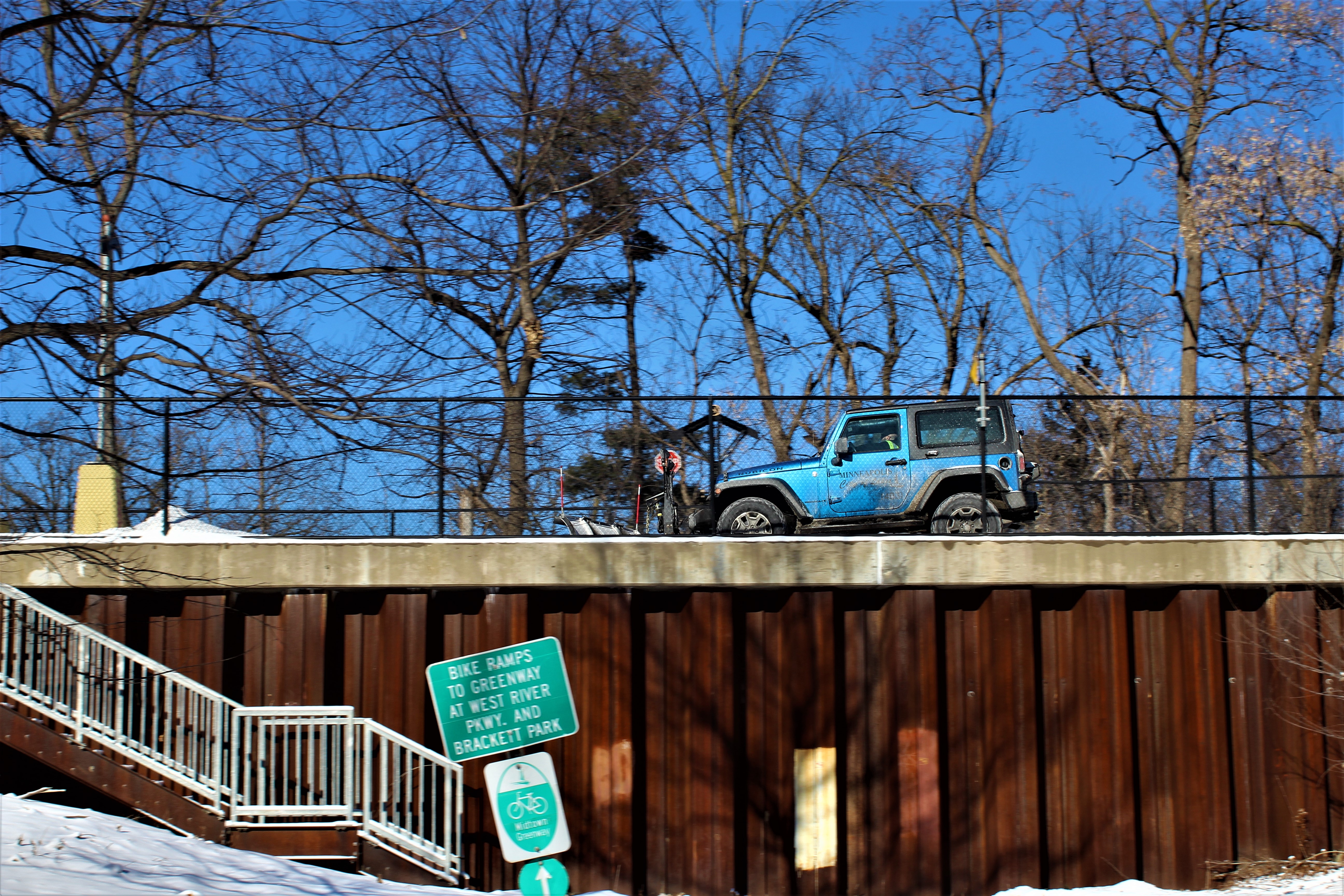 This is the day after an all-day snowstorm. We started that day out (at midnight) at 37 degrees, midday yesterday it was about 10 degrees and dropping, with snow and winds –leaving behind an estimate of 1 to 5 inches of snow.  Today, as usual, we awaken to bone-chilling, subzero temps with wind-chill at 28 below, but those spectacular blue skies, and the bright sun against the clean white snow – amazing! And, as usual, life goes on.

Here at the northeastern boundary of Greater Longfellow, is an entrance to the Greenway.  The Greenway covers 5.5 miles, and is used all year ‘round by hearty residents. The Greenway phase 3 from Hiawatha to the Mississippi (Greater Longfellow) opened in 2006.  While it is owned by Hennepin County Regional Railroad Authority, it is managed by the City. Here a city worker drives the Greenway with a blade attached to plow snow.