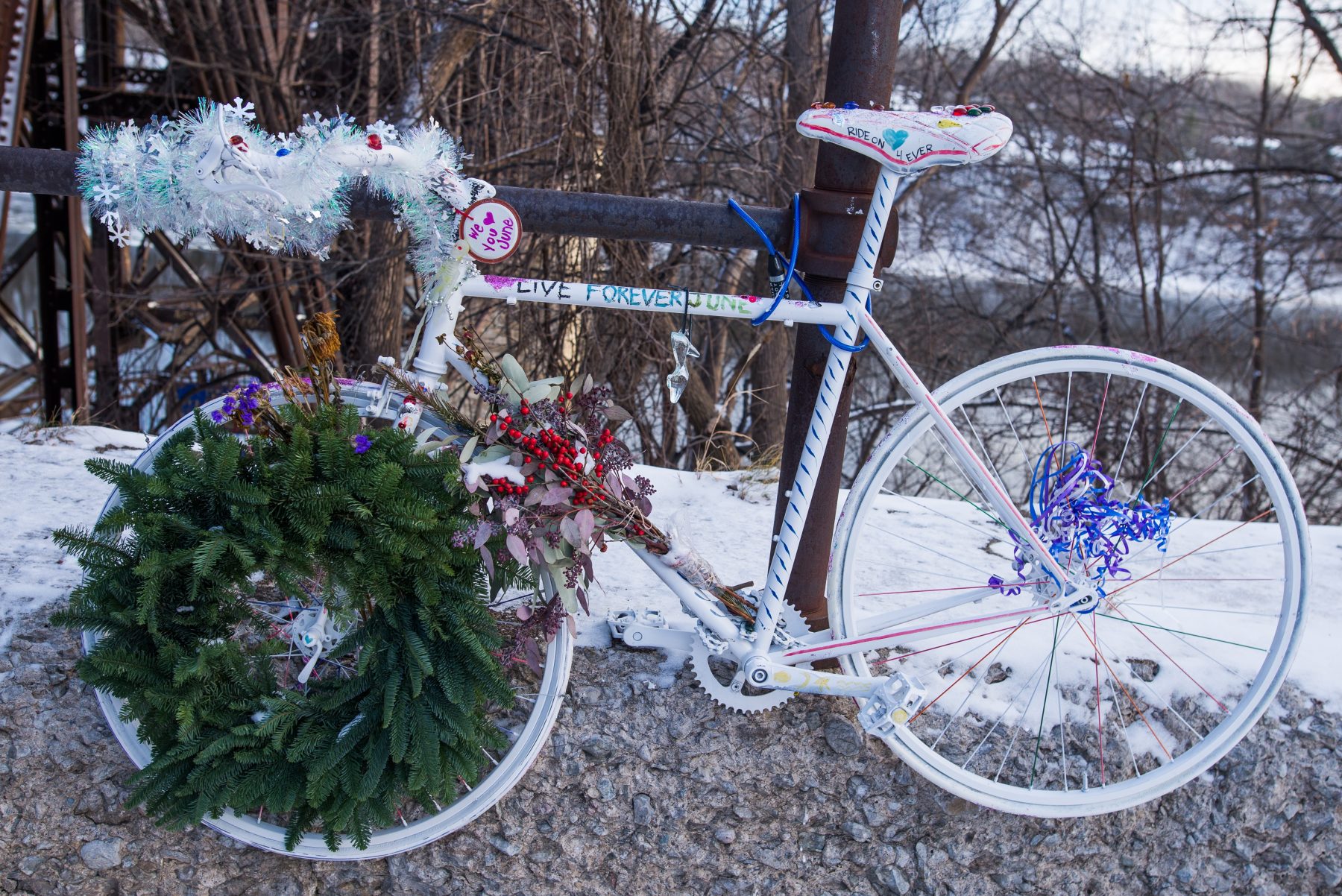 June Haddow had met someone special in Marseille.

The couple had been cooking together, making art, going on lots of walks, spending time as young lovers do in the south of France. Haddow was already far from her native Minneapolis and about to embark on another trip — a long-planned bicycling trek with friends, beginning south of Berlin and taking her where the heart pleased. Perhaps back to Marseille.

“June apparently started to fall in love with somebody there, and that was interesting, at 19. But she had this bike trip planned,” said Haddow’s mother, Susan Haddow, a doctor with Hennepin County Medical Center’s Whittier Clinic. “She had a three-month visa that was going to be up soon. And they were going to figure it out from there.”

Haddow never returned to Marseille, or to Minneapolis.

On the fourth day of that early October bike trip, Haddow and two fellow cyclists were struck by a car driven by a 77-year-old motorist who inexplicably veered across a lane of traffic, smashing into the riders who had gathered at a pullout spot along the German country road. The other injured riders were spared; Haddow was not.

“She was a 19-year-old kid just trying to figure things out,” said her father, Bob Haddow, an art historian and writer who runs a barbershop downtown. “She was really worried about the world becoming a better place.”

June Raeanna Cinderella Haddow was born in Minneapolis in 1997 and often hung out at two collectively owned south Minneapolis institutions, the Seward Cafe and the Hard Times Cafe. Haddow would have turned 20 on Saturday; instead, her wake is will be held at 7 p.m. Saturday at the Seward Cafe.

Haddow walked early as a toddler and never stopped charting her own course, her mother said. A Seward Montessori student, Haddow went on to attend Minneapolis South High School before winning a scholarship that allowed her to take part in the Congress-Bundestag Youth Exchange program, allowing her to spend a year during high school living with a host family in Germany.

“She went into her junior year [at South] taking German, because she knew she wanted that scholarship,” Susan Haddow said. “She was determined. She worked hard at it.”

Haddow showed artistic interest early in life, with a “keen sense of design” and a strong ability to balance color, her mother said. She also played trumpet, for which she was accepted into the Perpich Center for Arts Education after the exchange program.

Her social consciousness flowered in her teen years. She briefly shadowed a nurse practitioner at the Whittier Clinic and said she might one day be interested in sexual-health education, though she wasn’t ready to “hunker down” in a career, Susan Haddow said.

June’s parents recalled how last year she took a bus, by herself, to the Standing Rock protest camp in North Dakota to oppose the construction of a pipeline.

Her taste for adventure and travel was nurtured early in life. In addition to trips to visit family, the Haddows spent six months in New Zealand when June was 7. She learned to read there and appreciate the adventure of being somewhere new with a close-knit group, her parents said.

After high school, Haddow eschewed college and planned a European bike trip in 2016 that took her from Germany to Denmark. The trip was so memorable that she started planning for another in 2017. She saved up while working at Parkway Pizza in Minneapolis, and in August, traveled to Europe for her second bike trip.

Along the way she stopped in Marseille and fell into a relationship with a woman who would eventually write Susan Haddow a “lovely” letter about the time they spent together in France, before the bike crash in Germany cut short any future together.

“June is of this group of gender-fluid sort of young people,” Susan Haddow said. “There’s a lot of kids who, sometimes they have a girlfriend and sometimes they have a boyfriend. And they’re really comfortable with that, you know? … She taught us all a lot about acceptance and appreciation in those short years of hers.”

In addition to her parents, Haddow is survived by a sister, Sadie Haddow.