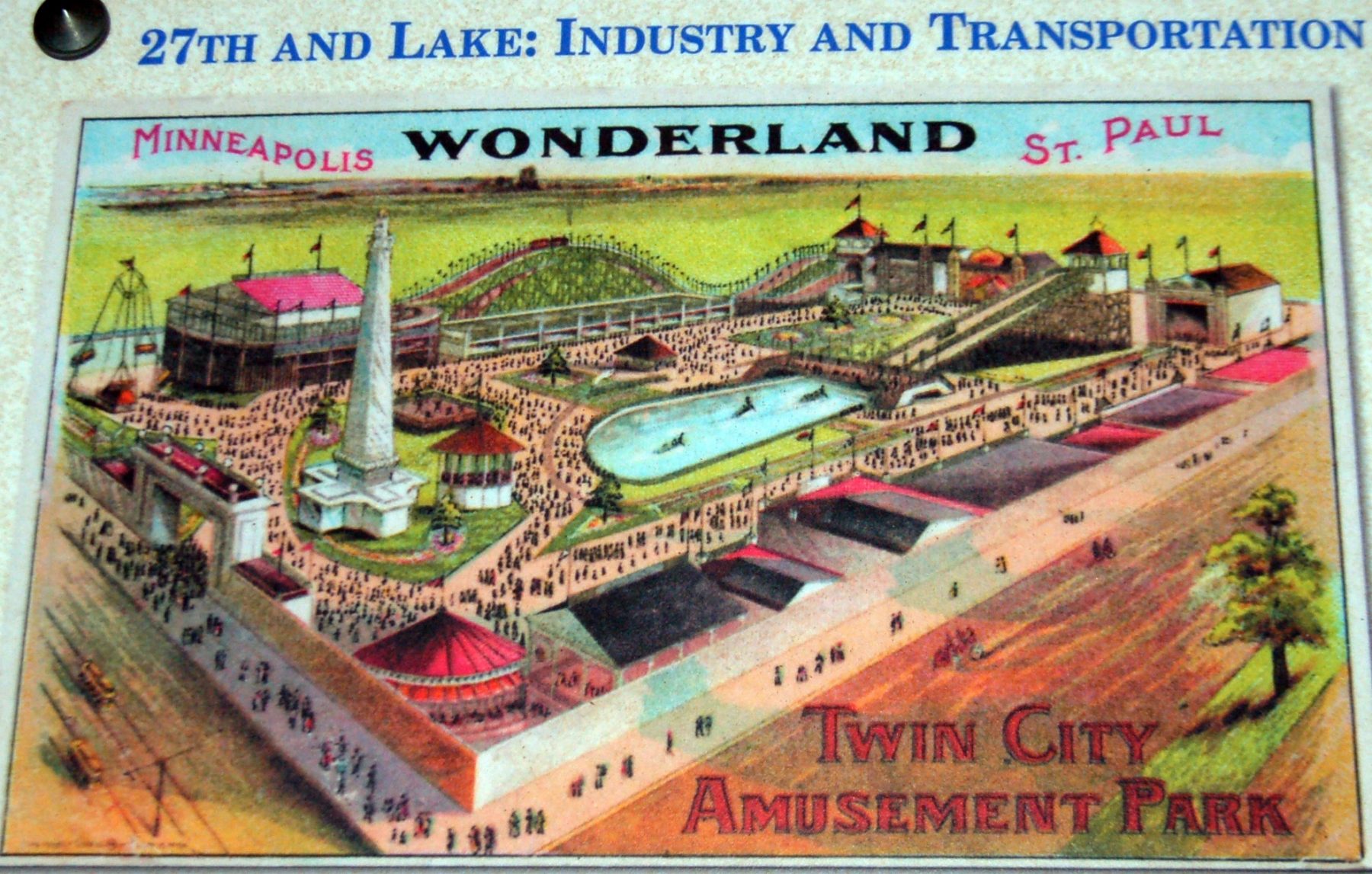 Wonderland Amusement Park opened in 1905 between Lake & 32nd St. and 31st & 32nd Avenues. Some of the popular attractions were roller coaster, miniature train, carousel, and the “House of Nonsense, but the Infantorium was the biggest hit. Visitors could watch nurses taking care of premature babies in newly invented incubators, a marvel for the time.

Wonderland closed six years later in 1911 as attendance dropped, equipment deteriorated and street maintenance fees rose. You can see the full story of Wonderland on the placard at Lake St. and 31st Avenue.